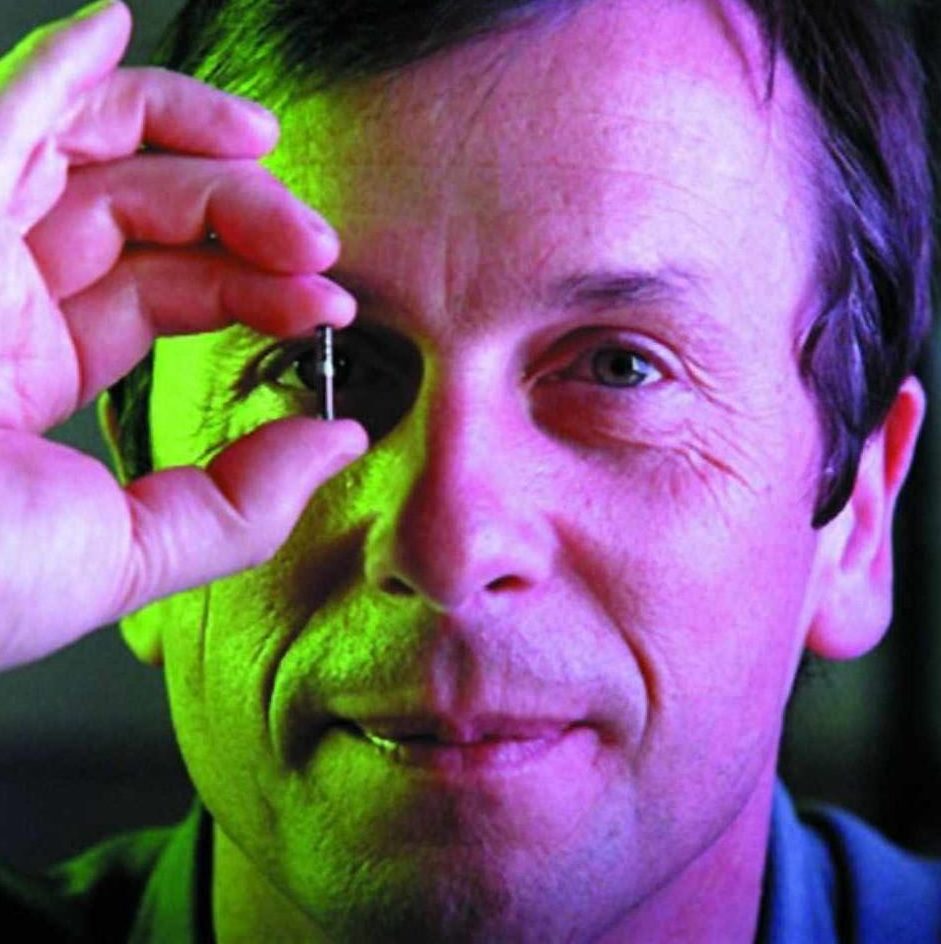 Professor Kevin Warwick is the world’s leading expert in Cybernetics and became the world’s first cyborg in a groundbreaking set of scientific experiments in which he had a silicon chip implanted into the nerves in his arm.

Kevin Warwick is Emeritus Professor at Reading and Coventry Universities. His research areas are artificial intelligence, biomedical systems, robotics and cyborgs. Kevin is a Chartered Engineer and a Fellow of the IET who has published over 600 research papers. His experiments into implant technology led to him being the cover story for the US magazine, ‘Wired’. He achieved the world’s first direct electronic communication between two human nervous systems, the basis for thought communication.

Kevin’s research has involved robotics and he was responsible (with Dr Jim Wyatt) for Cybot, a robot exported around the world as part of a magazine “Real Robots” – this resulted in royalties totalling over £1M for Reading University. Robots designed and constructed by Kevin’s group (Dr Ian Kelly, Dr Ben Hutt) were on permanent interactive display in the Science Museums in London, Birmingham and Linz.

Some of Kevin’s recent research involves a collaborative project with the Oxford neurosurgeon, Prof. Tipu Aziz, using intelligent computer methods to predict the onset of Parkinsonian tremors such that they can be stopped by means of a deep brain implant. This work was hailed in the Mail on Sunday as “the most significant recent advance in biomedical engineering”.